A major office letting on Basing View has been completed somewhat ‘under the radar’ with Sovereign Housing Association agreeing a lease for the entire 61,415 sq ft Florence Building.

It is thought that a very rapid legal transaction was concluded either side of the new year, with the developer of the building (Abstract Securities) also arranging a back to back sale of the resultant investment.  LGIM Real Assets have become the new owner of the ground lease of the building, reportedly paying £29 million for the investment.  Other reports suggest an investment yield of 4.25% or 4.5%, which, if £29 million is the correct purchase price, would mean that Sovereign have agreed a rent of around £20.00 per sq ft for their 20 year lease term.

The building will become Sovereign’s Head Office and will also house their customer contact team, from late summer 2019.  Staff are likely to relocate from existing branches and offices elsewhere, to include from Newbury and Sarum Hill in Basingstoke.  The move has been reported by Sovereign as part of their wider strategy “to work in a more agile and productive way” whilst also positioning them “to deliver a greater customer and employee experience”.

BDT were not involved in the transaction, but recognise the deal as a major coup for Basing View, at a time when a couple of other large property sales are poised to be confirmed.  There remains a long way to go, but perhaps the regeneration of Basing View is beginning to gather some momentum. 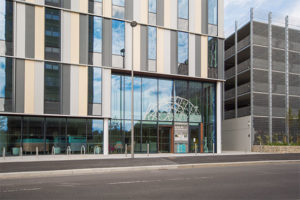 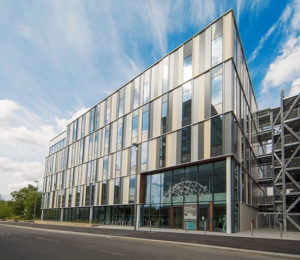